John Lichfield: A lesson, son, in crisis and paradox

Why did the banks go after the poor Greeks, Daddy? Good question ...
Daddy, Daddy, who are the "financial markets" who are bullying the Greeks and the euro? Well, son, they are hedge funds, pension funds and the trading arms of the big banks.

But Daddy aren't those the same banks which the world's governments have just spent billions of euros, pounds and dollars to rescue from the consequences of their own greed and stupidity?

Er, yes son. And, Daddy, aren't those banks now betting those same billions to try to make money from the fact that some of the governments are over the heads in debt? Er, yes son.

And these countries, including Greece, would not have been so deeply in the red if they had not given all those billions to the banks who are now attacking them? Or if the world economy had not been dumped off a cliff by all that bank-inspired debt and bank-led speculation in bad debts?

Well, son, yes, that's partly true but some countries, especially Greece, have been living beyond their public means for years. In Greece, for instance, lawyers, doctors, restaurant owners and wealthy ship-owners, pay virtually no income tax but expect to live in a properly functioning, modern state.

OK, Daddy, I understand that. It's very naughty of them. But isn't this still a case of the banks biting the hand that fed them?

Er, no, son, it's worse that that. It's like the banks complaining that governments are naked after taking their clothes. But the markets (i.e. banks) don't think that way. If they smell blood, they pile in like hyenas after a limping zebra. It's called a market opportunity.

But why did they suddenly go after the poor Greeks, Daddy? Haven't their olives been stuffed for years? Yes, son, but the markets noticed two things. First, that a new Greek government had confessed that the country's budget deficit last year was 12.7 per cent of GDP – double the number the previous government had thought of. It probably wasn't that high actually. The new government in Athens reckoned that it would be a good wheeze to inflate the number so that they could gain credit for bringing it down rapidly in 2010. It is called a mythical Greek figure. Mythical or not, it was enough for the markets to smell blood – or money.

And the second thing that the markets noticed, Daddy? I was coming to that, son. They noticed that Greece no longer had a currency of its own. It was a member of the euro. It could not devalue or print money. Worse, under the rules of the euro, the European Central Bank could not intervene to help a member state in difficulties. It was as if Greece – and other euro countries with big debts, like Spain, Portugal and Italy – had no central bank to help them through a crisis.

So what did the "financial markets" do, Daddy? They started a gambling game in which they bet on a possible Greek "default": that Greece would go bankrupt and not be able to pay its debts. By doing so, they made it more likely that Greece would go bankrupt by increasing the cost to Athens of rolling over (ie finding new takers for) its €300bn in accumulated debts. In other words, it was, for "the markets", a one-way, no-lose bet – unless the EU intervened.

So what happened, Daddy? The EU made a statement last Thursday that it would stand shoulder to shoulder with Greece ... but not yet. If the markets continued to bet on Greek default, the EU leaders said, they would lose because the other euro members would find some way of bending their collective rules to give Greece money. In return, Greece had to agree to painful changes to reduce its budget deficit by at least four per cent this year.

But, Daddy, that will be quite easy for the Greeks because the 12.7 per cent figure for 2009 was exaggerated in the first place. Er, yes, son, but "the markets" chose to accept that figure so they are now stuck with it. We are talking about "market reality" which is not the same thing as real reality.

And, in fact, the new Greek government is taking, by Greek standards, very tough measures, including a plan to make lawyers and doctors and restaurant-owners pay some income tax.

But Daddy, why did the EU not just give the Greeks the money and tell the markets to ... Shh, son, no rude words. That's where we come to another kind of reality – "political reality". The other EU governments, especially the stern Germans, wanted to make sure that Athens would start to take its medicine before they gave them any sweeties. Remember Aesop's fable about the ants and the grasshoppers, son? Well Aesop was an ancient Greek but, according to the Germans, the modern Greeks are grasshoppers.

Is that all, Daddy? No, son. The "crisis" was pushing down the value of the euro against the dollar, which was something the Germans and others rather liked because it would help their economies. Like the sinner who wanted to be good but not yet, they wanted the Greek crisis to end but not immediately.

So what happened? It's still a bit unclear. The "markets" – thousands of people playing poker at the same time – are still trying to see how best to make money from the new situation. Should they carry on betting on Greek default? Or should they now bet on everything being OK?

Is this a sensible way to run the world, Daddy? No, son, but consider this. The crisis has scared the Greeks. They may now finally put their house in order which will, in the long run, be good for the Greeks.

The crisis, which is a Greek word, son, has also scared the EU, even the stern Germans. The original rules of the euro – good rules for good times but bad rules for bad times – will probably be changed. Something will be done to permit the EU to help struggling states, so that, in future, the markets will not smell blood and worsen the problems of stragglers.

So good can come from bad? What do you call that, Daddy? A "paradox", son. Is that also a Greek word? Yes, son, now go to bed. 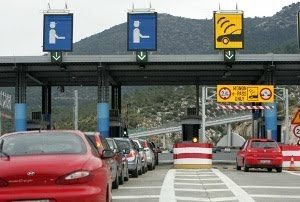 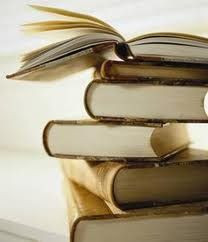 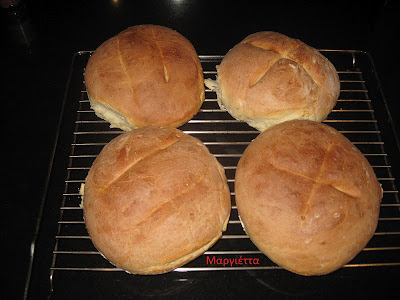 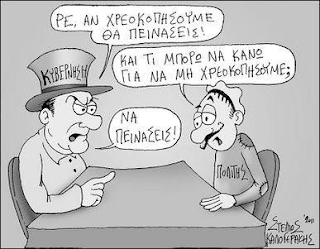 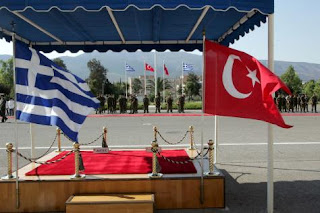 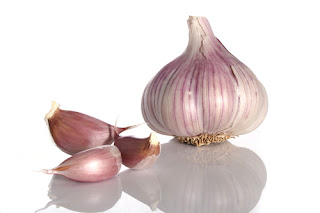